Seduce Me 2: The Demon War

Seduce Me 2: The Demon War is a PG-17 visual novel game with incubi men for the player to romantically pursue. It is the sequel to Seduce Me the Otome.

Why am I in the Demon World!?

Seduce Me 2: The Demon War is the sequel to the popular free-to-play otome game, Seduce Me the Otome. It follows the story of Mika Anderson as she is suddenly thrown into the Abyssal Plains right before she is about to be married to one of the five Incubi Brothers featured in the first game. What's even worse is that she is thrown there in the middle of a Rebellion against the Evil Demon Lord and must not only assist Diana and the Rebel Leaders in the war, but must watch as the man she loves fights alongside them after he comes to rescue her.[1] 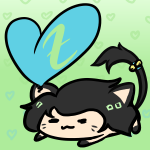